Home > World and Nature > Miracles of the Quran, the recognition of science and scientists The great Quran! Episode-1

Even the most liberal scientists who have studied the Qur’an in the present era have recognized that what is said in the Qur’an about science is consistent with modern science. Former Christian evangelist and professor in Canada Dr. Gary Miller researched the Holy Quran. The purpose of the study of the Quran was not good at all.

Being a preacher of Christianity, he found many flaws in the religion of Islam. He decided that in the Qur’an, there would be some things that could be applied against Islam and the Quran could be rejected as a Divine religion. He began to find fault in the Qur’an. But the more he studied the Qur’an, the more he was amazed. Thus it became clear to him that the Qur’an was the greatest book. He eventually embraced Islam. Verse 3 of Surah Al-Anbiya, the Holy Qur’an, mentions the theory given by scientists of the present age as to why the Big Bang occurred during the creation of the universe. It was said,

“Do not those who reject the truth think that the heavens and the earth merge together? Then We separated the two and made all the animals from the water. ” Dr. Mueller says that after meditating on this verse, I was obliged to accept the Divine Scripture. This verse is sufficient for those who propagate that the Qur’an is the Prophet Muhammad’s own statement.

Dr. Miller says how it is possible for a prophet of Islam to talk about the mystery of the universe being created over 100 years ago, who has never studied in any school. Because it is a scientific subject that discovers theories about, just a few years ago, a scientist got the Nobel Prize. According to Miller, this verse speaks of the Big Bang that created the earth, the heavens, and the stars. At the end of this verse, water is declared the source of life. This is also consistent with the data obtained by modern scientists. Modern research has shown that the basic structural unit of every animal body is the cell and the main component of this cell is the cytoplasm. Without water, no one can protect their existence.

That is why when astronomers search for the existence of an organism on a planet or satellite other than the Earth, they first seek out whether any water can be found on that planet or satellite. On previous occasions we have talked about French philosopher and physician Maurice Bucaille. He writes in his book “The Bible, the Qur’an and the Sciences,” that all the statements that have been made about the mysteries of the creation of different Surahs of the Qur’an are consistent with modern science. He also writes that two verses of the Qur’an briefly describe the events behind the creation of the universe. One of these is Surah Ambiya, verse 5. Where the Great Explosion was talked about. The other is verse 5 of Surah Fusilat, where a large amount of gas is said to exist. That verse has come,

“Then he turned his attention to the sky, which was a mass of smoke, then ordered the heavens and the earth to be created. The word smoke here describes the primitive state of the world, which was a hot gas body so that the object was moving quickly, like smoke. From this the planets, stars and earth are created. ” Maurice Bucaille says that modern science has not yet been able to answer what the galaxies were all about in the first place. What modern science has been able to say is that the world is formed from a body of gas that was rotating, and its main components are hydrogen and helium. Then the nebula has been split into visible pieces. We were talking about the creation of the universe.

Scientists say that the universe was created by the Big Bang or the Bang Bang. They say that the galaxies, the sun, the stars, the earth and the heavens have been created in a systematic way from the materials that were dispersed very quickly after the explosion. They say that balance and discipline have been created after the explosion so that if the sesame amount is disrupted, everything will be reversed. This sunipun discipline in the universe, means that it has its creator and created it in a well-designed way.

Like Loading...
Tagged English version about Quran Miracles of the Quran Propagate Islam Research in the Quran The great Quran 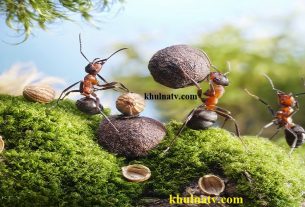 Wondering about ants hidden evidence of 1500 years in the Al-Quran! 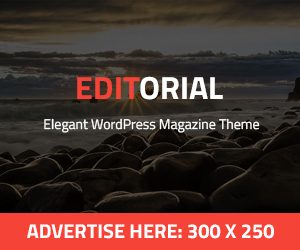